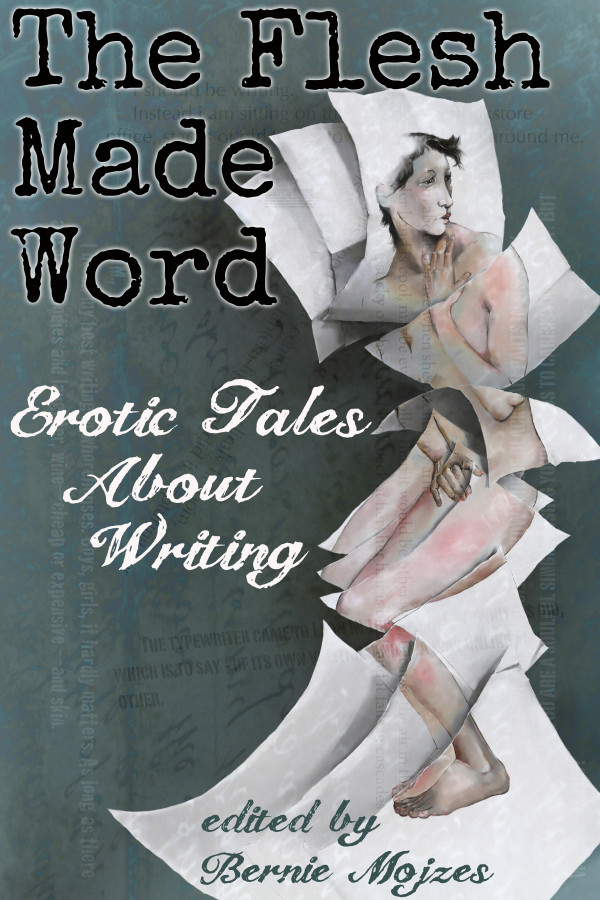 Against all odds, The Flesh Made Word will be coming out early next month. Probably May 5th, as long as the proof that comes back from the printer has no massive problems. Have I announced the Table of Contents before? I think I must have, but this has been such a long, drawn out project that I forget where. Facebook, perhaps? Who can find anything on facebook after a week's gone by? Here it is, set in stone-like pixels:

All the Spaces In-Between by A.C. Wise

Amanuensis by A. B. Eyers

Intrinsic Pleasures or, Twilight in the Bookstore by Andrea Zanin

Words are a Dangerous Thing by Trish DeVene

The Prophet Scroll by Delilah Bell

For All to See by Kannan Feng

Today's mini-exerpt is from A.C. Wise's "All the Spaces In-Between."

The typewriter came to Leon in the way all typewriters did, which is to say—of its own volition and in a way unlike any other.

But exactly like the others, every other stretching as far back as he could remember, it touched him first in dreams, reaching for him and pulling him into wakefulness.

Leon woke to a shaft of pale light lying across the too-large bed. The sound from his dream remained, a soft tap something like rain, but much more like the strike of keys. The taste of ink and a hint of metal coated his tongue.The room smelled of smoke, though he hadn’t burned so much as a candle in years.

His bones creaked as he rose, and his skin ached around them. Leon crept down the stairs.Typewriters flocked to him like strange birds, crowded every shelf and covered every available surface in his too-small shop. Grey light seeped through the windows and lay heavy atop the sorrow permeating the room. A glance flicker- quick took in each machine, everything in its right place. In silence, Leon greeted each by name, by the scent and flavor of their dreams.

Here, one tasted of mud and water. It had called him out of sleep with a siren song so terrible and wild he’d waded into the river to save it from drowning.There, one smelled of dry earth and vegetation just on the edge of rot. He’d found it in a corn field, watched over by a scarecrow, with a black feather stuck between its keys.

The Flesh Made Word will be available from Circlet Press in early May, in e-book and trade paperback, at the book retailer of your choice.